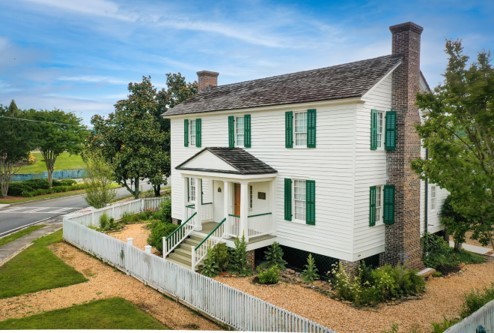 The c. 1840s William Root House, one of the oldest homes in the Atlanta area, was originally the home of early Cobb County settlers Hannah and William Root. Today, Cobb Landmarks & Historical Society operates the historic property as a house museum depicting middle class life in Antebellum Georgia. Though the home and grounds have been meticulously restored to their 1850s appearance, modern touchscreens and award-winning interactive displays have been added to help tell the story of the Root family and their enslaved house servants.

Outside, visitors can view the recreated cookhouse and see a working 1850s cookstove. The Root House gardens are designed to reflect the gardening practices of the mid-19th century and are planted with vegetables, culinary herbs, fruit trees, decorative flowers, and blooming shrubs. Medicinal herbs are also grown. William Root would have likely used many herbs in his pharmacy, which opened on the Marietta Square in 1839. All the plants in the Root House Garden have been researched for availability in Georgia at the time the house was built.