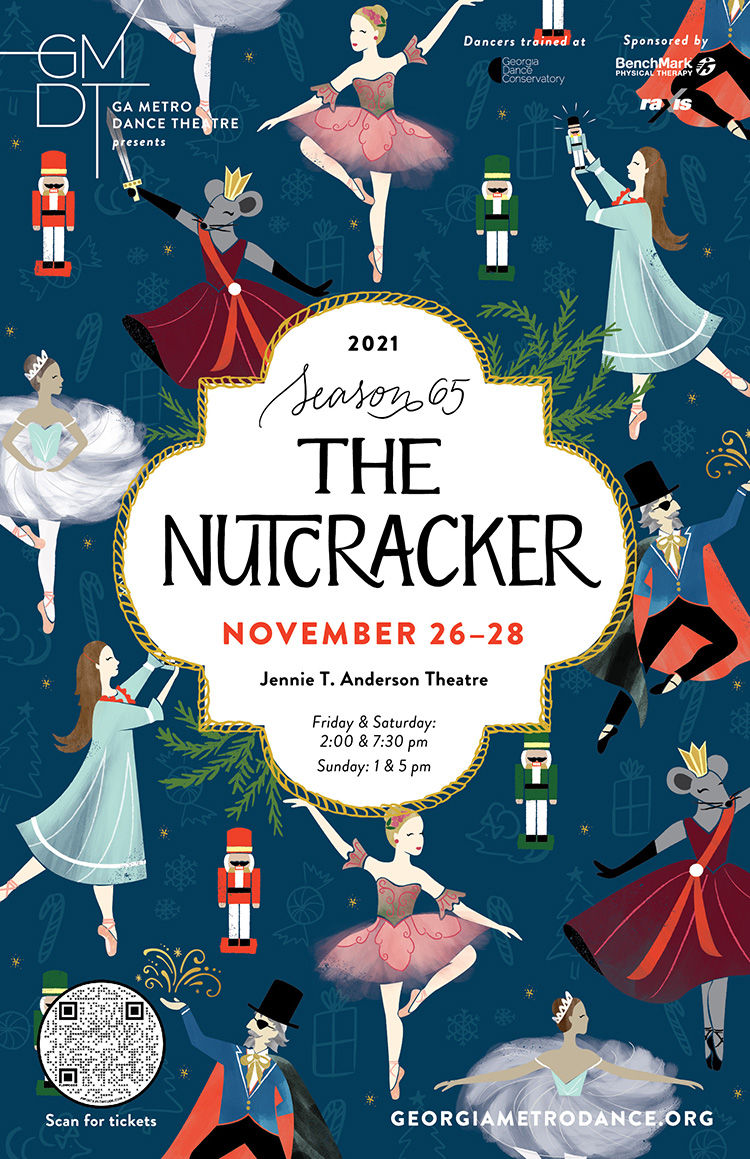 Get ready for visions of sugar plums, waltzing flowers and dancing snowflakes. In its 65th season of dance, GMDT is proud to present its annual production of the captivating classic, The Nutcracker. The show will once again feature the brilliant sets, costumes, and special effects that spark awe and wonder alongside Tchaïkovsky’s timeless music. GMDT’s The Nutcracker also welcomes back professional dancers D Patton White as Godfather Drosselmeyer and Raul Peinado as Sugar Plum Cavalier. Rehearsals began in September for the cast that will perform in six shows the weekend after Thanksgiving.

Artistic Director Ashleigh Whitworth and Associate Artistic Director Gray Stoner along with the cast and crew are elated to be back on the stage this year. The 2021-2022 GMDT company is comprised of 108 students ranging in age from seven years-old to graduating high school seniors who train at Georgia Dance Conservatory (GDC) on the Marietta Square.

In 2020, GMDT used its creativity during the pandemic to produce a film-version of The Nutcracker which, in partnership with Studio Movie Grill Marietta, was broadcast in-person and via livestream to audiences. However, the company could not be more excited to be back on stage in front of a live audience in 2021. Thanks to the ongoing support of its patrons, continued fundraising and being the recipient of grants and federal pandemic funds, GMDT is able to return to the stage for its 65th Season.