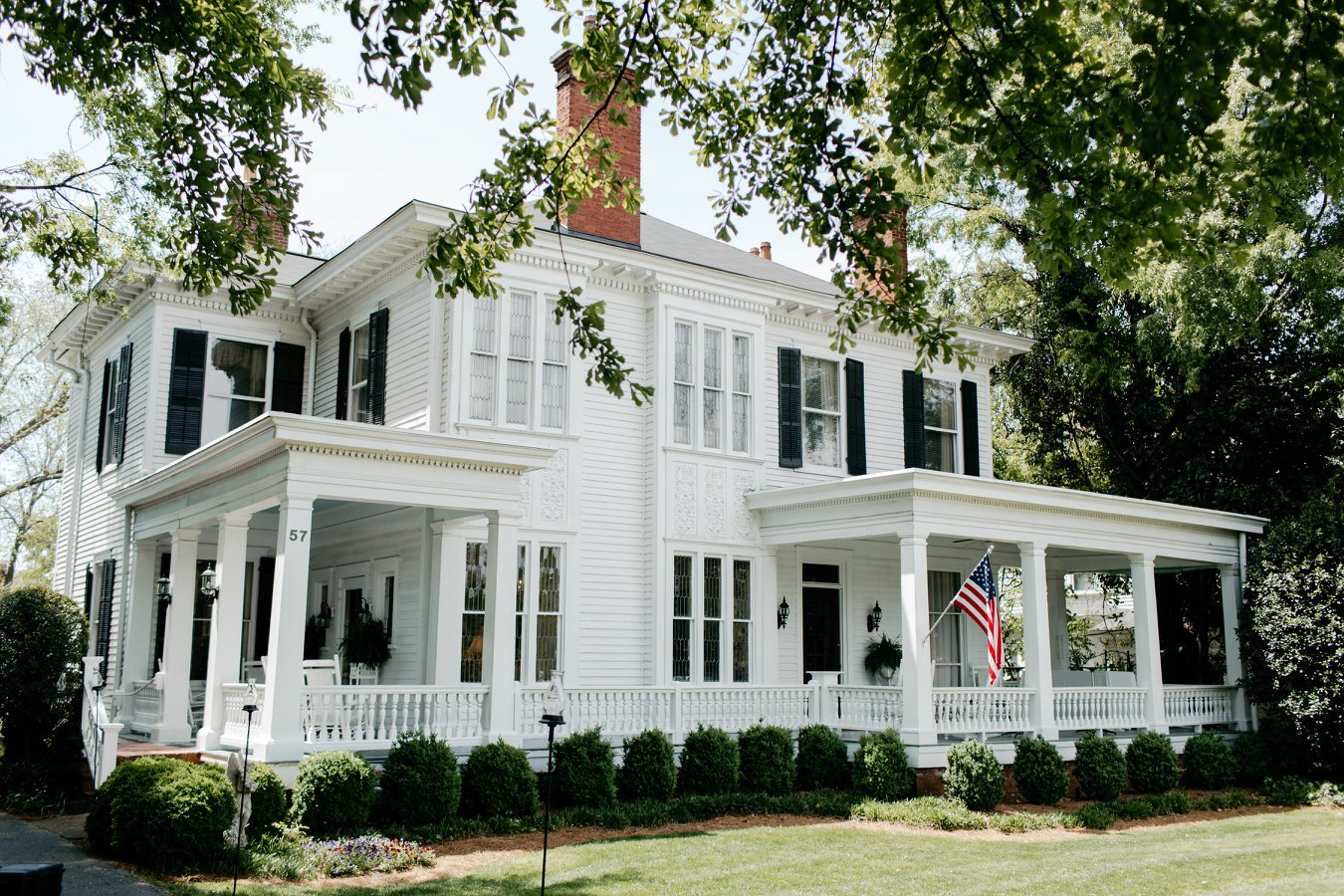 Posted at 15:29h in Uncategorized by Marietta Visitors

According to the Georgia Department of Economic Development, the film and television industry spent a record $4 billion on productions in our state in the 2021 fiscal year. However, filming in Georgia is not a new concept. Many productions have used our state over the past few decades. A good portion of those productions took place in Cobb County. Here are a few that happened right here in Marietta.

The Haunting of Hill House

This Netflix hit thriller filmed much of its first season in LaGrange, GA. However, quite a few scenes took place in and around the Whitlock Inn in downtown Marietta. Used as a fictional funeral home, the Whitlock Inn is quite recognizable in the horror series that earned a 93% on Rotten Tomatoes.

Hidden Figures tells the story of a group of female mathematicians who fight bravely through racism and sexism to ultimately create success for the early U.S. space program. Although the film is set at NASA Langley Research Center, the movie is primarily filmed in and around Atlanta. If you see a wind tunnel or air hangar scene, you can be sure that it was filmed right here in Marietta at Dobbins ARB or Lockheed Martin.

Dumb and Dumber To

If you think you saw Jim Carrey or Jeff Daniels in the Marietta Square circa 2014, you probably did! In this film, Harry and Lloyd return after 20 years to track down Harry’s long-lost daughter. Unsurprisingly, hilarity ensues in the form of nearly 2 hours of stupidity. Filming took place in California, Rhode Island and, of course, Georgia. Within Georgia, the film utilized Grantville, Atlanta and our own Marietta Square.

This major award-winning film brought names like Oprah Winfrey and Ava DuVernay to our city. Selma presents one of the most important moments in American history: the epic march from Selma to Montgomery in 1965. This act of bravery in the face of dangerous opposition, among others, ultimately led to President Johnson signing the Voting Rights Act of 1965. Although the film did use Selma, Alabama, most of the film was made in Georgia. Closest to home, one scene was filmed inside of the Marietta Cobb Museum of Art.

Another popular Netflix production, Dumplin’ is a dramedy set in small-town Texas. Dumplin’ tells the story of plus-size teenager, Willowdean. Willowdean is the daughter of former beauty pageant queen, Rosie (Jennifer Aniston). After the passing of her favorite aunt, Willowdean must learn to get along with her mother in the world of southern beauty competitions. Marietta Middle and High Schools and the Cobb County Civic Center were all used as filming locations for this fun Netflix film.

These few are among many others that have chosen to use our beautiful home as a backdrop. At this rate, there will likely be more. Who knows? The next time you are in Marietta, you might just spot a celebrity.