The Phantom of the Opera: Silent Film Experience 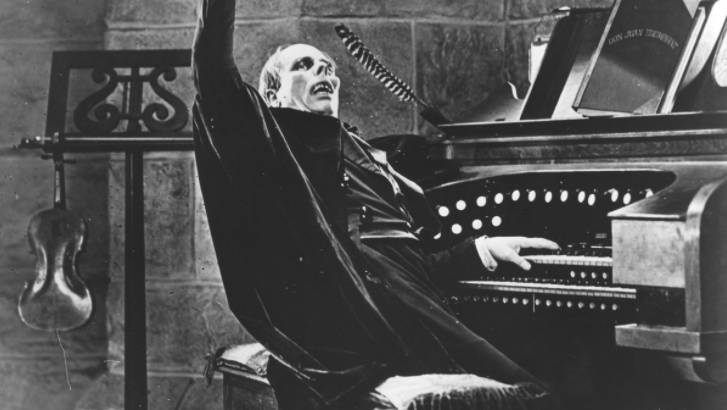 Get in the spooky spirit with a screening of the 1925 Phantom of the Opera! Watching a silent film at The Strand is a one-of-a-kind musical and visual experience. Each film is accompanied with a live score performed on The Strand’s Mighty Allen theatre organ by house organist Ron Carter.

Get here thirty minutes before showtime for a live organ pre-show and costume contest!

ABOUT THE FILM
Regarded as the first great horror film and certainly the best of the silent era, this classic silent film stars Lon Chaney, the man of a thousand faces. Chaney portrays Eric, the horribly disfigured Phantom, who leads a menacing existence in the catacombs and dungeons beneath the Paris Opera House. When Eric falls in love with the beautiful Christine, he kidnaps and holds her hostage in his lair, where he is destined to have a showdown with her fiancé and the secret Paris police. When the film was first released it shocked audiences worldwide and many faint-hearted patrons actually fainted at the sight of the Phantom’s hideous face!

Ron Carter, Strand house organist, will provide the musical accompaniment to the film on the Strand’s Mighty Allen Theatre Organ. Carter has become an expert in accompanying silent films and performs throughout the southeast.