An event every week that begins at 3:00 pm on Sunday and Saturday, repeating until November 13, 2021 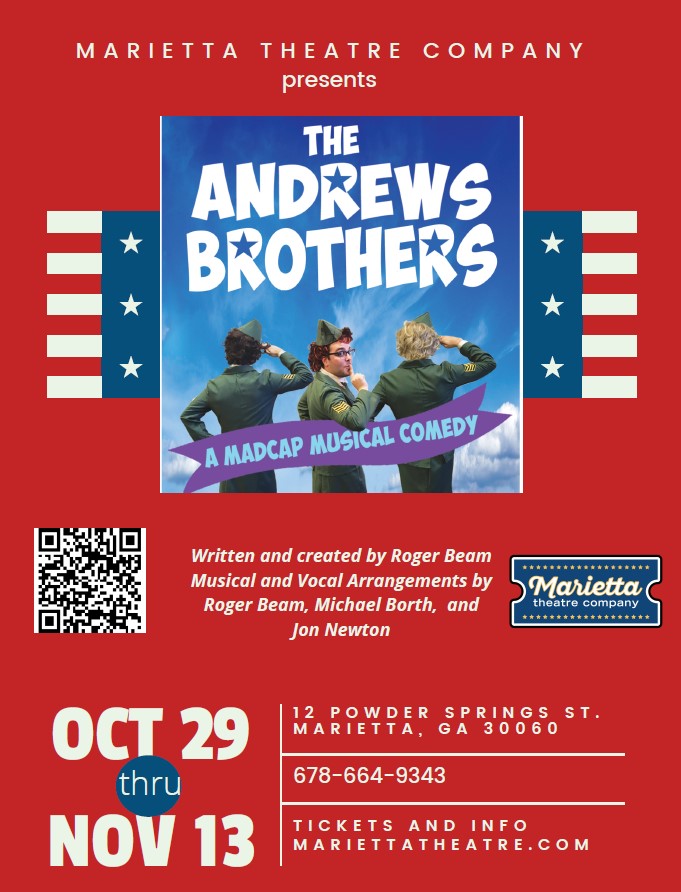 A USO performance from the Andrews Sisters is in jeopardy of cancellation when they fail to appear shortly before curtain. Thankfully, three earnest stagehands are determined to go on with the show! The Andrews Brothers is filled to the brim with 30 songs made famous by The Andrews Sisters and other top artists of the era, including the showstoppers “Boogie Woogie Bugle Boy,” “Don’t Sit Under the Apple Tree,” “Three Little Sisters,” and “Ac-Cent-Tchu-Ate the Positive.” Mistaken identities and madcap adventures—imagine Bing Crosby and Bob Hope in a road movie of Some Like It Hot—along with the music of an entire generation highlight this wonderful valentine to the heroes of World War II.