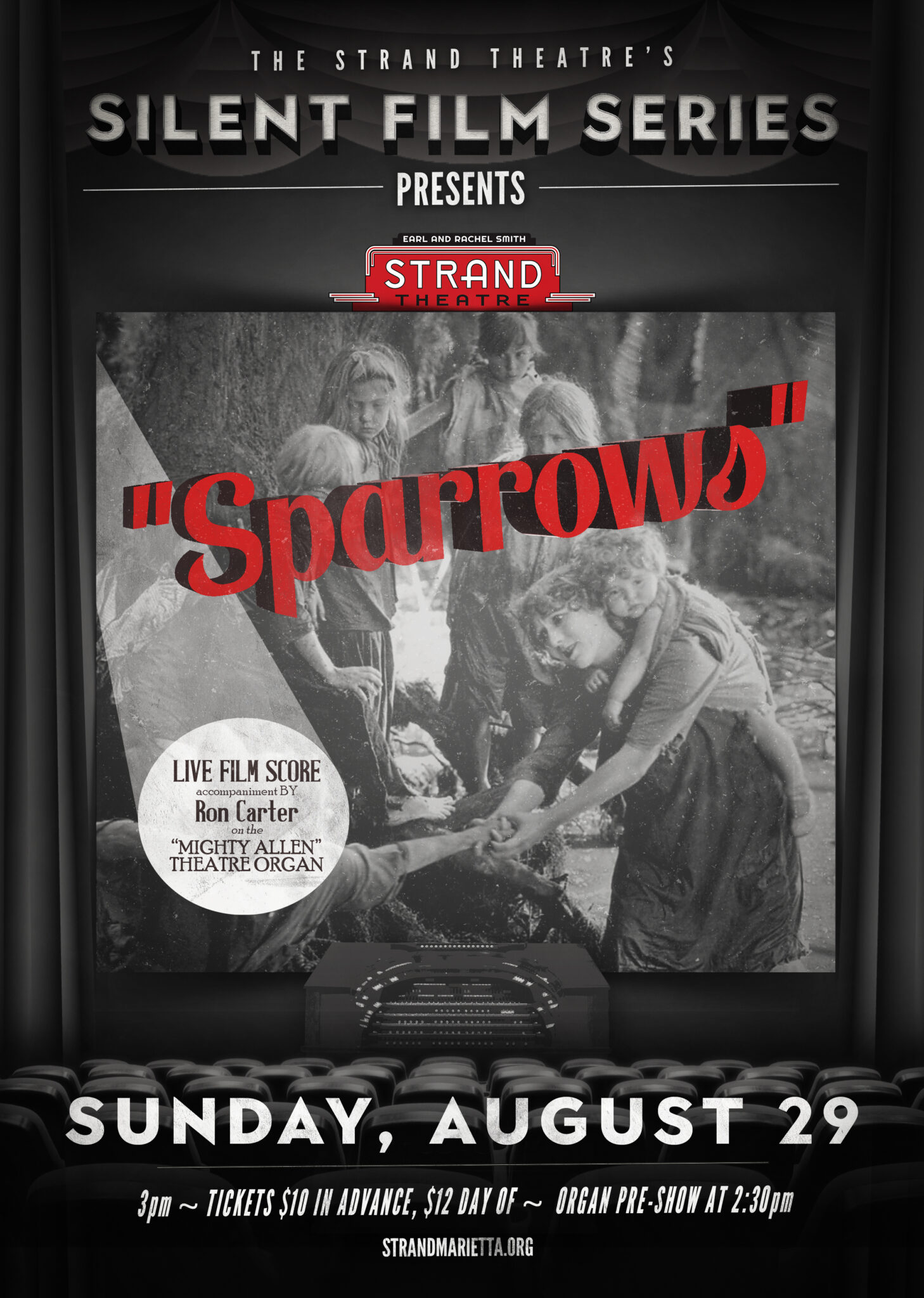 Watching a silent film at The Strand is a one-of-a-kind musical and visual experience. Each film is accompanied with a live score performed on The Strand’s Mighty Allen theatre organ by house organist Ron Carter. Get here before the film for a live organ pops pre-show concert beginning thirty minutes before showtime!

The first silent film at The Strand in 18 months, “SPARROWS” will be accompanied live on The Strand’s Mighty Allen Theatre Organ by House Organist Ron Carter. This wonderful film starring Mary Pickford will have you crying at one moment and cheering at the next! “Sparrows” tells the tale of a group of young orphans led by the oldest girl (Mary Pickford) living in a “baby farm” in the middle of a dangerous swamp. The orphans struggle against the cruel caretaker Mr. Grimes. The children have faith that they will be rescued by God, but they are forced to make a harrowing escape across a swamp filled with quicksand and alligators. The special effects in this pristine print are unbelievable for the silent era. The film was a critical success as well as hugely successful at the box office.

The Strand’s Silent Film Series tickets are $10 in advance, $12 day of. To avoid convenience fees from purchasing online, patrons are welcome to purchase their tickets over the phone (770.293.0080) or in person at The Strand Box Office during business hours. The box office is open 12:00 pm to 4:00 pm Tuesday through Thursday and 12:00 pm to 6:00 pm Friday.