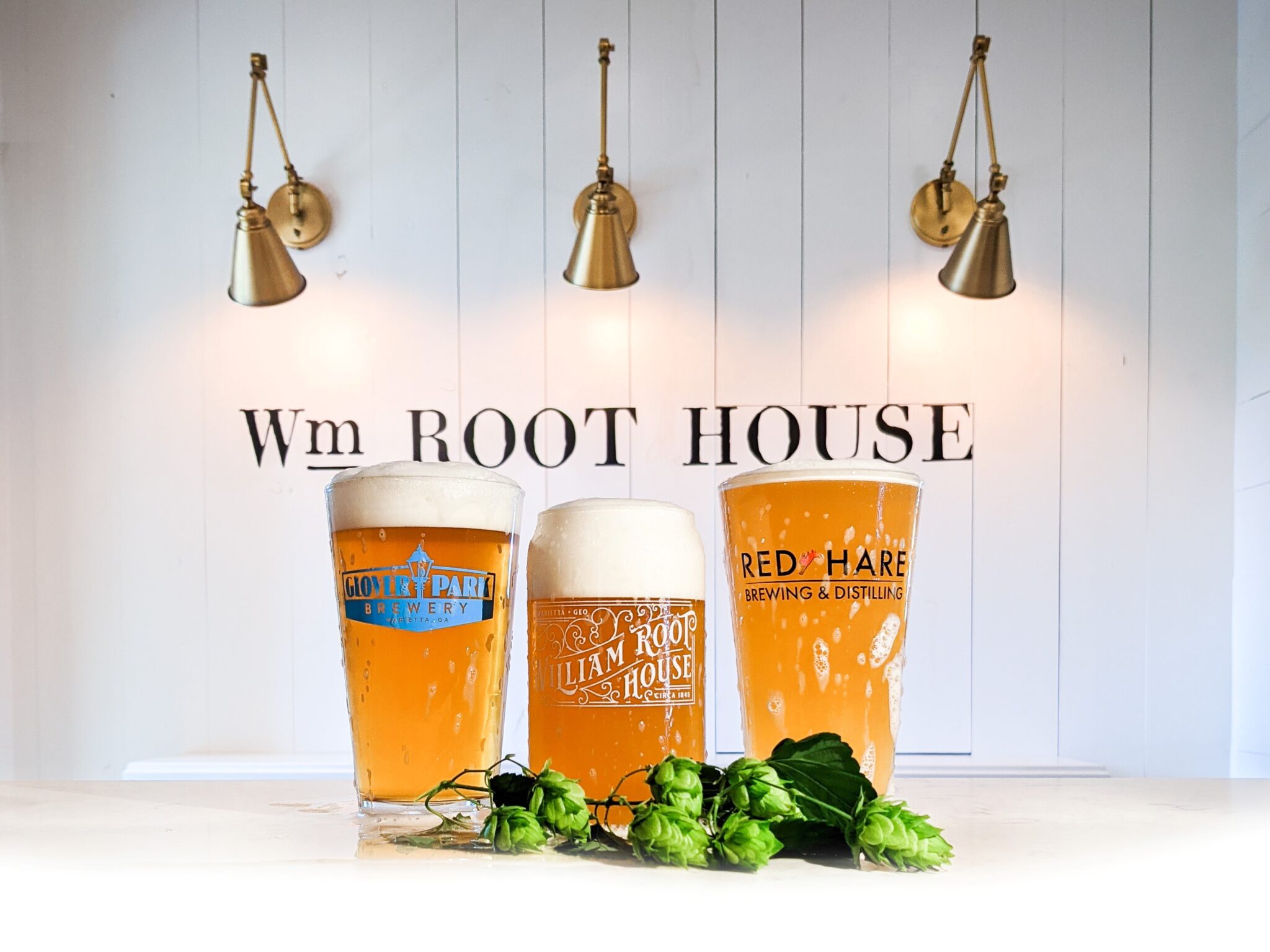 Cobb Landmarks & Historical Society is excited to welcome Red Hare Brewing & Distilling and Glover Park Brewery to the William Root House for the 6th annual Root House Beer Festival. The Root House was built circa 1845 for Hannah and William Root, early settlers of Marietta. Today the home is owned by Cobb Landmarks and has been restored to its 1850s appearance for use as a historic house museum.

William Root was one of Marietta’s earliest merchants and its first druggist. Born in Philadelphia in 1815, William moved to Marietta in August 1839 to open a drug store on the Marietta Square. William would have grown many medicinal plants in his garden, including hops, which would have been used to relieve sleeplessness and anxiety.

The annual Root House Beer Festival will feature a collection of local beers including some crafted using hops, fruit, and herbs harvested from the gardens at the Root House. Many of the beers will only be available to try during the event! Tickets are $25 per person in advance online or $30 per person the day of the event. Each ticket includes discounts for food at the nearby Marietta Square Market.

Space is limited. Attendees must be 21 or older to sample beers. IDs will be checked at the door.