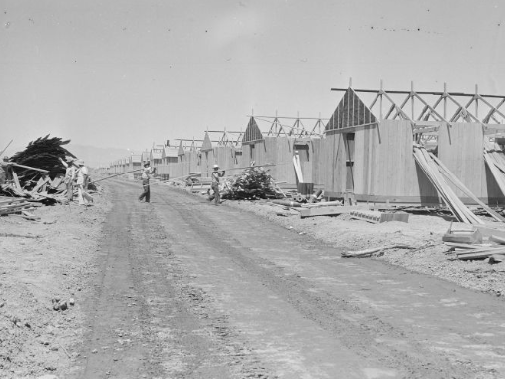 The second exhibit from the Museum of History and Holocaust Education is The Tragedy of War: Japanese American Internment which focuses on the imprisonment of 120,000 ethnic Japanese on the west coast during World War II. Two-thirds of those imprisoned were American citizens, and they were forced into a series of camps to live under armed guard. With support from Congress and the Supreme Court President Franklin D. Roosevelt authorized Japanese-American confinement in 1942 with Executive Order 9066. Authorities feared that Japanese residents were disloyal and might aid in a Japanese invasion of the United States. Japanese Americans contested these charges throughout the war and later sought formal redress.

This exhibit will be on display at the MHC from September 9th to October 7th and is included with regular admission.