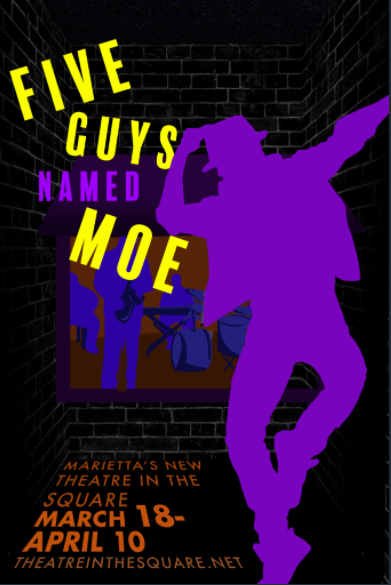 An exuberant tribute to the music of rhythm and blues pioneer and alto saxophonist, Louis Jordan, Five Guys Named Moe is an international sensation. Initially produced in London’s West End by the legendary Cameron Mackintosh, this exhilarating, all-embracing theatrical experience moved to Broadway in 1992 and was nominated for two Tony Awards.

Five Guys Named Moe is about our hero, Nomax – he’s broke, his lovely Lorraine left him and he’s listening to the radio at 5:00 in the morning. Out of the radio, five guys named Moe appear. Set to Jordan’s iconic rhythm and blues/jazz score, the Moes encourage Nomax to turn his life around and tell Lorraine that he loves her.