An event every day that begins at 8:00 pm, happening 3 times 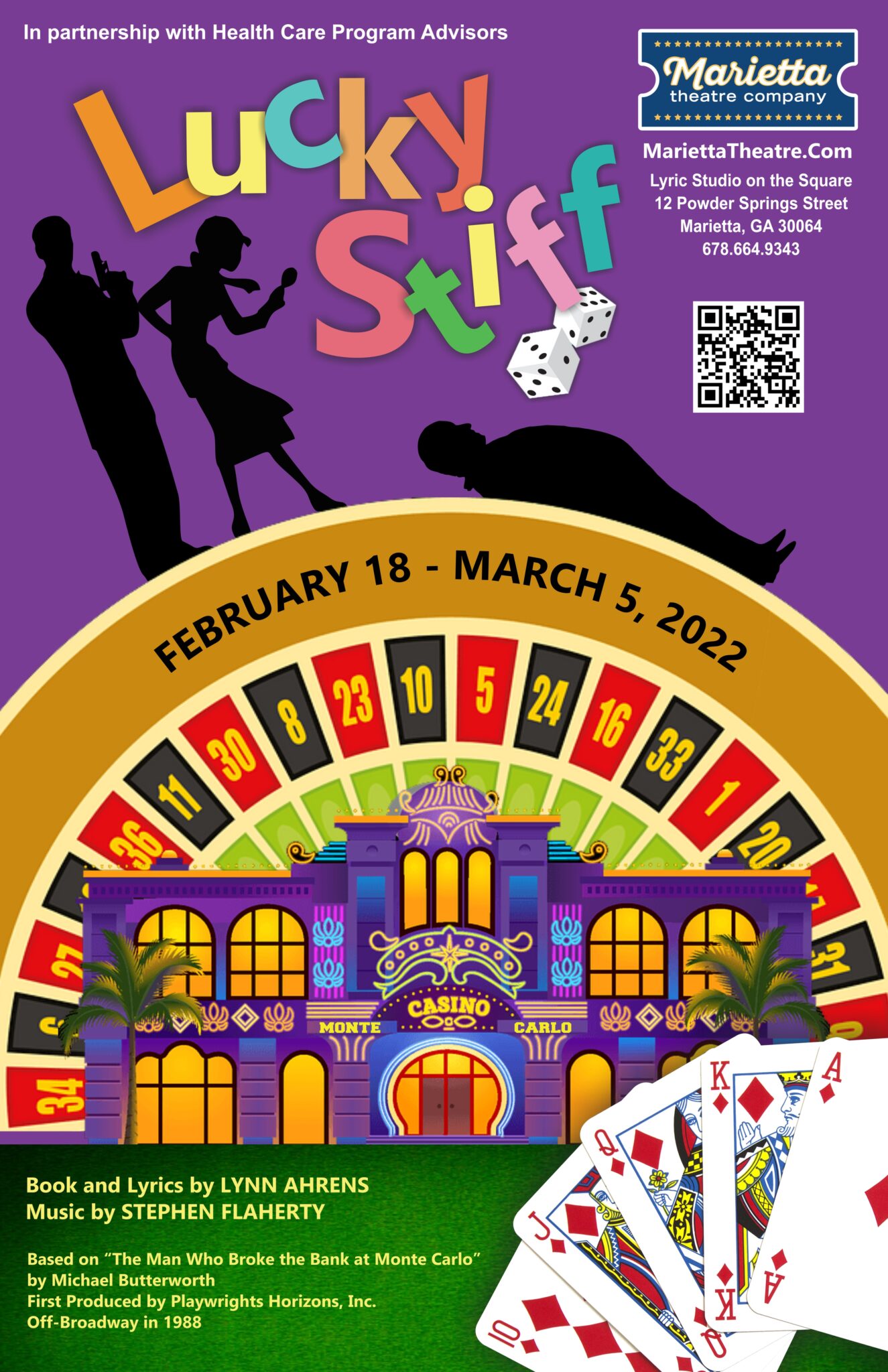 Lucky Stiff is a madcap, hilarious romp of a musical that follows Harry Witherspoon’s journey from England to Monte Carlo…with a rather unusual traveling companion. Based on Michael Butterworth’s novel, The Man Who Broke the Bank at Monte Carlo, Harry receives the unexpected news that he has inherited a fortune from his late Uncle Anthony, on the condition that he takes Anthony’s dead body on a special trip to Monte Carlo. If Harry fails, the money will go to the Universal Dog Home of Brooklyn.  With mistaken identities, love interests, disguises, farcical chases, and an omnipresent corpse, Lucky Stiff is an offbeat murder mystery with a difference.