LOVE IS A MANY SPLINTERED THING 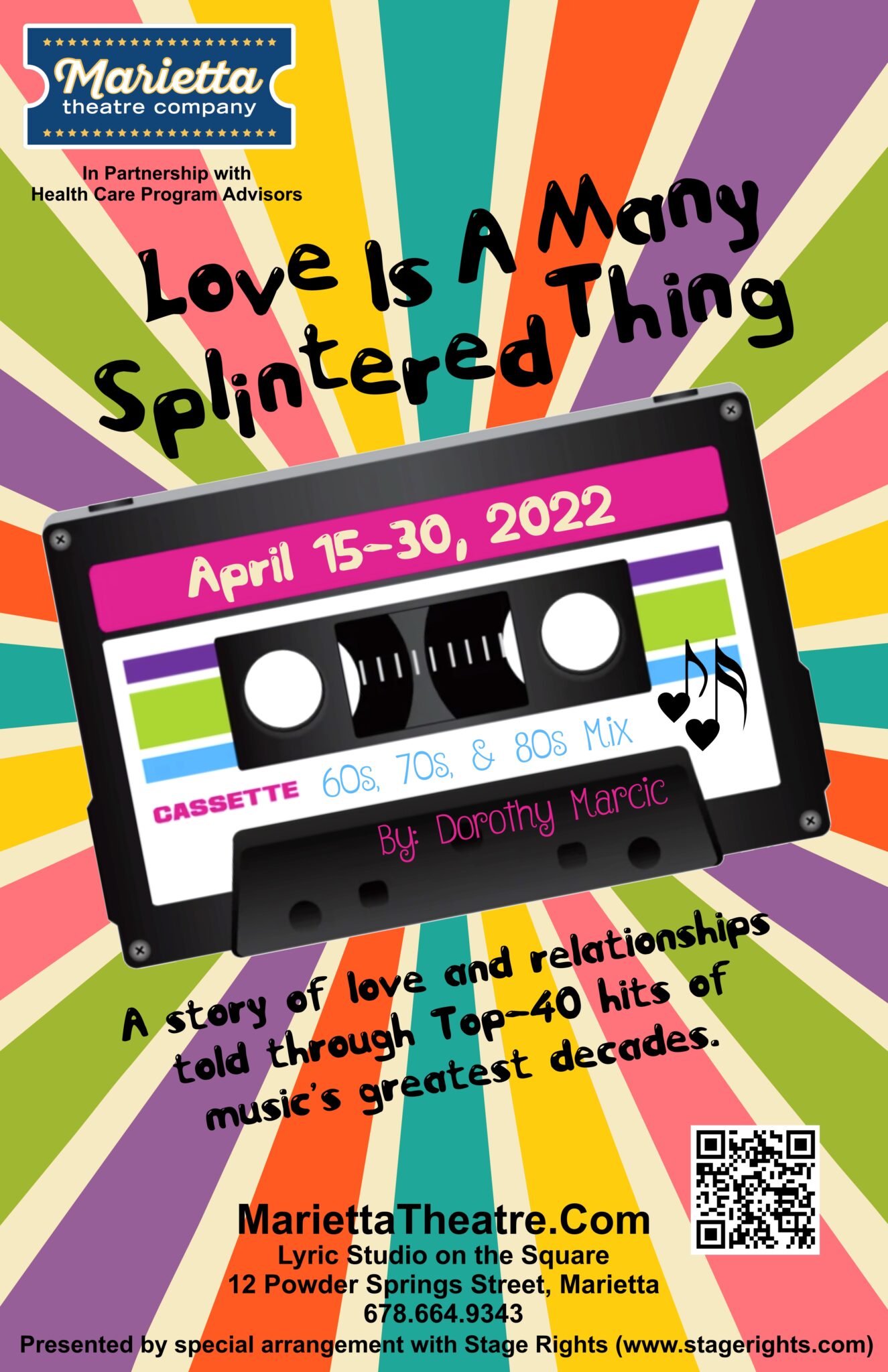 The musical comedy, Love is a Many Splintered Thing, is a fast-paced roller-coaster of a show about – what else? – Relationships, looked at through the nostalgic Top-40 hit songs of the past four decades. A company of six takes the audience on a journey from high school through adulthood tracing the paths that each friend eventually follows (all six characters have definite story arcs).

Incorporating established song lyrics to tell a new story in a unique way, Love is a Many Splintered Thing features recognizable hits from Neil Diamond to Cher, Connie Francis to Elton John, Liza Minnelli to Gloria Estefan–universal love songs that touch the soul and tap into those raw emotions that make us human. Splintered uses many such songs to tell the complete story of the relationships of six characters, from falling in love, to fear of commitment, to breakups and betrayals, to redemption and forgiveness, and falling back into love.

“…a look at how brilliantly popular culture has been documented through the songs we made into hits.”