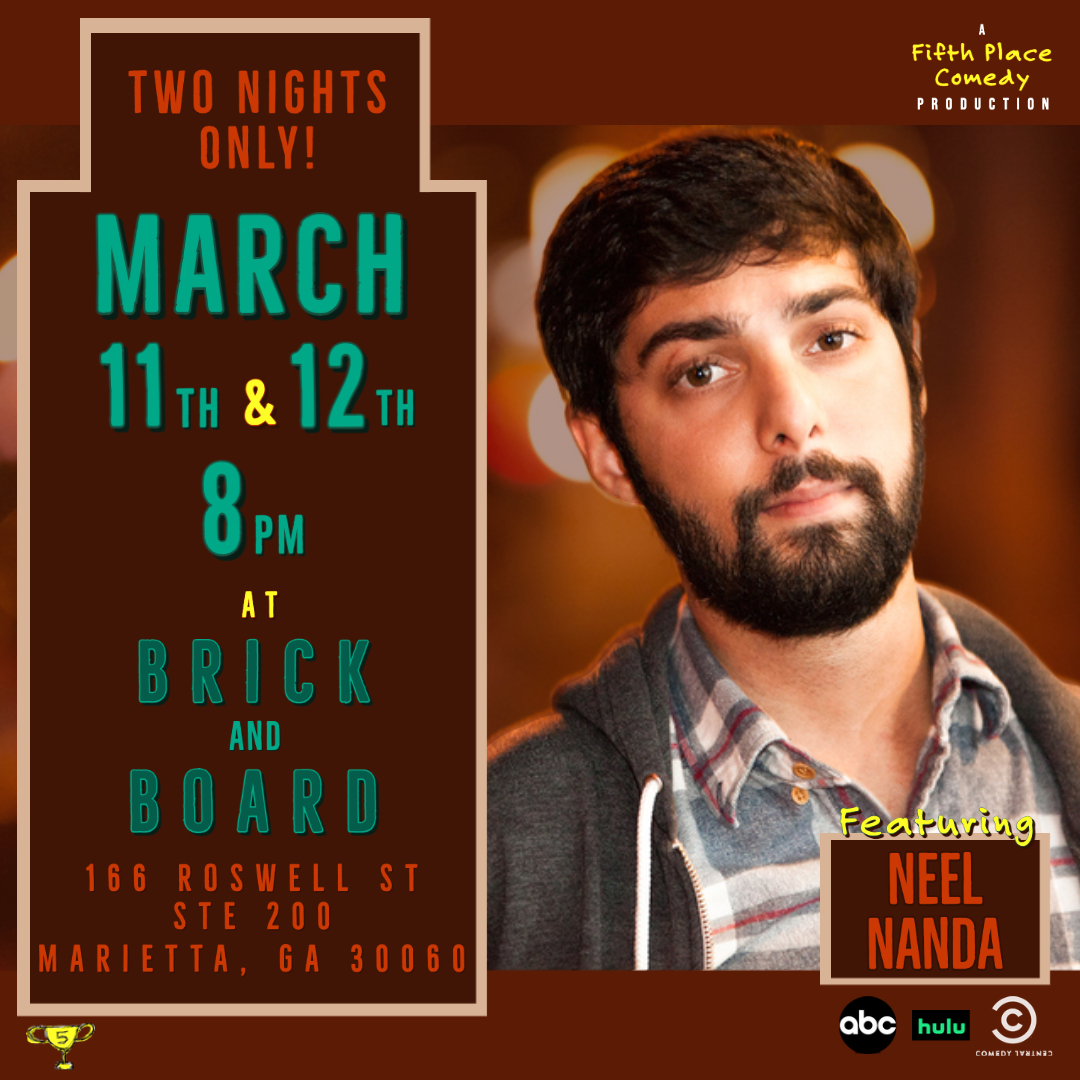 We’re back on the Marietta Square this March inside the beautiful Brick & Board venue! This is one of the best places to see live comedy in the Atlanta area due to it’s intimate setting and speakeasy aesthetic. This is not a show to miss and we highly encourage getting your tickets ahead of time because it will sellout.

Fifth Place Comedy was started in April 2019 at 5 Paces Inn, one of the oldest bars in Atlanta. From there we’ve continually grown our event and brand to new heights every year. Whether it’s a nationally touring headliner, a brutal roast battle, or a carefully curated showcase, we’ve promoted all kinds of comedy events that have created die-hard fans and we like to think we’re just getting started 🏆

Starting comedy in Atlanta, GA, and now based in Los Angeles, Neel Nanda has performed all over the country with some of comedies’ biggest acts. Neel has most recently performed stand-up on ABC’s JIMMY KIMMEL LIVE & has acted and performed on COMEDY CENTRAL’s ADAM DEVINE’S HOUSE PARTY. In 2018 he was a featured comedian on AMAZON PRIME’S INSIDE JOKE with Asif Ali.

Neel has also made notable appearances on MTV and on IFC’s GARKUNKEL AND OATES SHOW. Other networks where you can catch his stand-up comedy include HULU’s COMING TO THE STAGE, & several episodes of the series FLOPHOUSE for VICELAND directed by Lance Bangs.

Neel recently featured at Bridgetown Comedy Festival in Portland, the Laughing Skull Festival in Atlanta, and was the runner-up for the Westside Stand Up Showdown (2015) in Los Angeles.

Aside from just performing standup, he currently produces a few shows in LA including “Unnecessary Evil” at the Westside Comedy Theater, which was recently named one of LA Weekly’s top 10 stand-up shows.